Totally PROUD to be able to promote Dutch Design...look at this gorgeous visual we've made!

From December 2012 - April 2013 Tulpi is part of the Six degrees of Smart Society : Made in Brainport exhibition. Through our collaborations with Brainport the Taiwan Design Museum in Taipei we were invited to take part of this Dutch Design collective. Here you see a very nice example of the white Tulpi! Designer: Marco Manders!
Geplaatst door Cindrea Limburg op Friday, December 21, 2012
Email ThisBlogThis!Share to TwitterShare to FacebookShare to Pinterest

Juxtapoz Magazine features a series of Los Angeles based artist Neil Krug. Here my favorite picture...love the symbolization of Woman and Waves...and it's simply also just a stunning picture! Want to check out more? See: http://www.juxtapoz.com/Erotica/mesmerizing-pulp-and-neil-krug and be aware to be amazed! 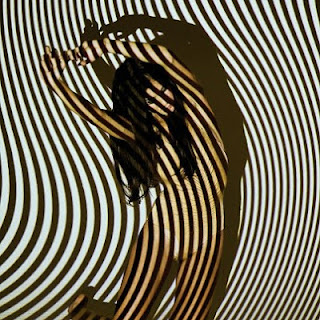 What Design can do made an awesome report on this fabulous idea, a 'little follow up' on the Tron movie (I'm not mentioning the production company, for I am a true design believer/feeler!), but anyways, sometimes the big projects give artist more space to bring some of their 'smaller projects' come alive....and skating on a light infused ramp or a 'light garden' is simply: kjuul!
For more info and photo credits read: http://www.eness.com/?r=Project&p=4&c=2 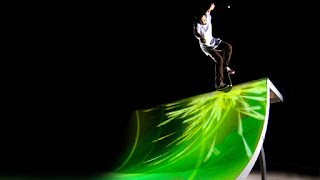 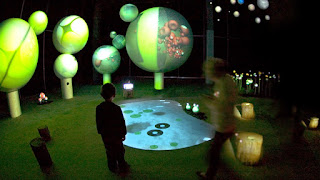 Always adored actress Lauren Bacall's beauty and just love, love, love this picture made by Louise Dahl-Wolf, when Lauren Bacall was still a teenager. Le Journal de la Photographie placed a whole portfolio online with amazing shots from the photographer. I'm quoting: 'Born in San Francisco in 1895, Louise Dahl-Wolfe took her first pictures in 1923. In1936, she joined Carmel Snow, Alexey Brodovitch and Diana Vreeland, respectively, the editor-in-chief, artistic director and fashion editor of the magazine Harper’s Bazaar. Her collaboration with the magazine lasted 22 years and 86 covers. She helped discover a teenager named Lauren Bacall, whom she photographed for the magazine’s cover in 1943. Dahl-Wolfe had a great influence on photographers like Horst P. Horst, Richard Avedon and Irving Penn.[...]'
The website: http://lejournaldelaphotographie.com/ 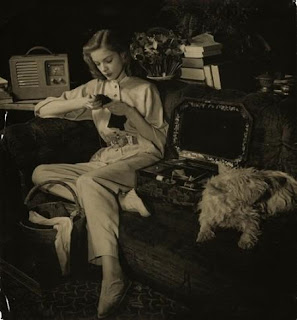 When you are crazy about geometric jewelry design like moi, check out this girl's photos. Jamie Spinello is the designer. Here an awesome example of her work, this one is a jewelry box...for the other stuff you have to have a look for yourself ;-), it's pretty cool stuff! http://www.flickr.com/photos/jamiespinello/sets/72157628287425301/ 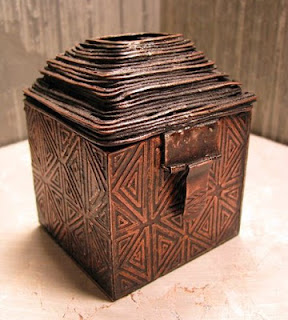