For those who are a huge fan of  this type of photography like moi... this one is going for sale at Christies. Photograph magazine writes: "Visit Christie's selling exhibition Other Graces: Photographs by Sante D'Orazio, on view through April 19. Click here for more information: http://bit.ly/Zt0XwT"
So super gorgeous! ♥ see also: http://www.photographmag.com/ 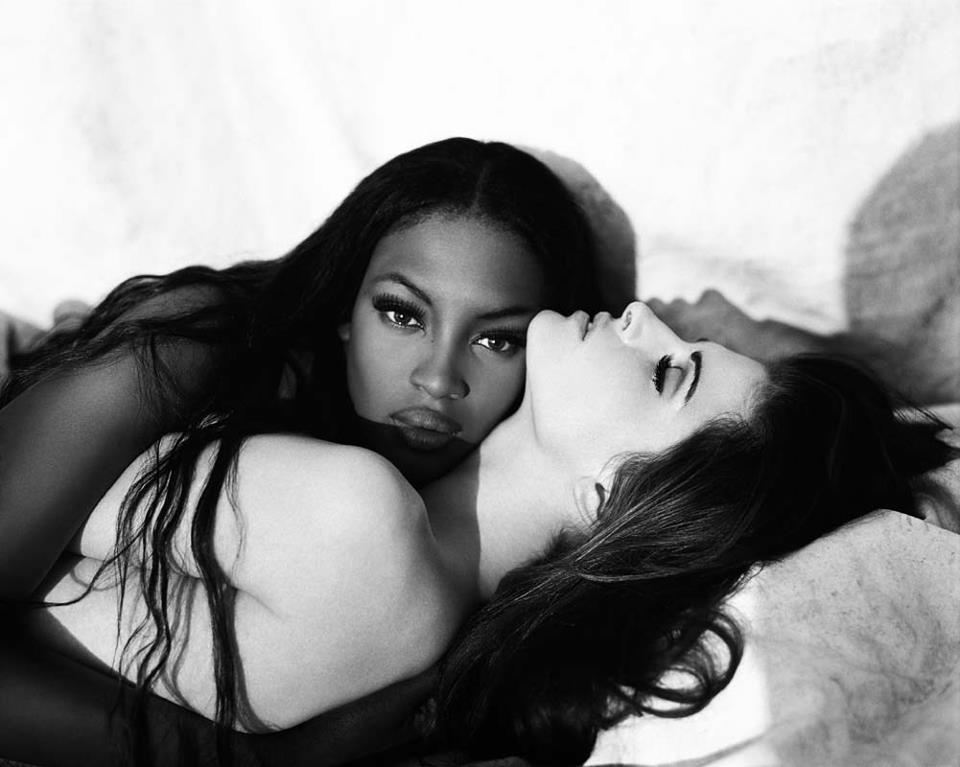 I Need a litte Nest like this too ;-) ♥ Tree House Design

Saw this on the page of Art & Design. Isn't this just awesome....! Credit given: Posted by GC Gabriela Cimpoaie, so not a lot of info. That's why it is super smart to include pieces of texts in your photos!
"The Weaver's Nest treehouse designed by Porky Heler of Animalfarm.co.za"
Gorgeous! 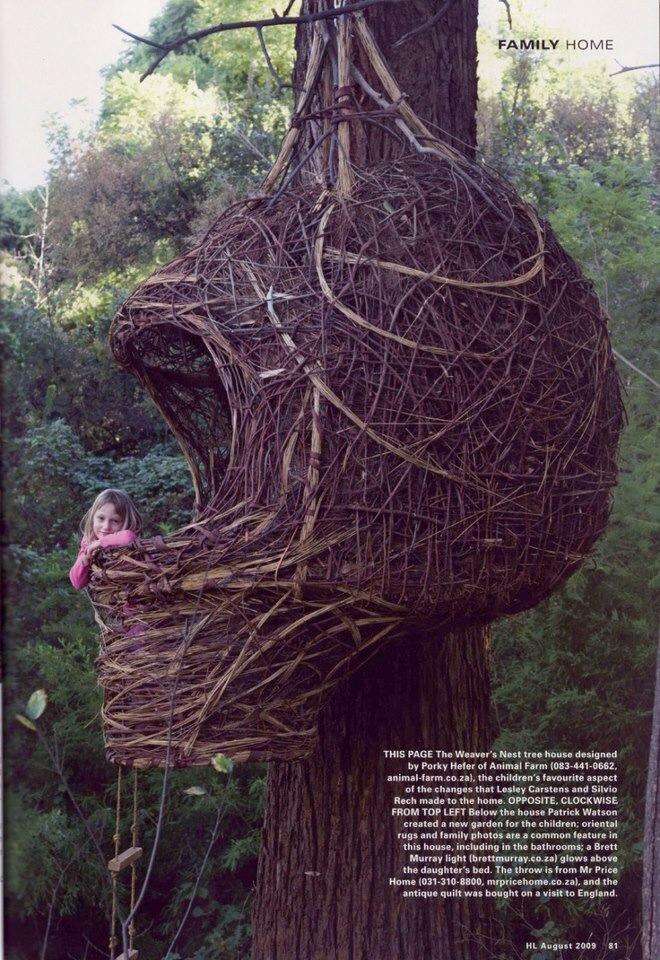 Juxtapoz Latin America Magazine shows us this visual. Information given:
me&myself / nada ni nadie / galeria domingo, Lima. Peru
Love this idea, though I would have worked it out a little differently myself...feet included!
It's cute though! 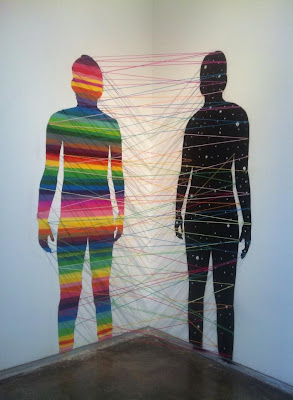 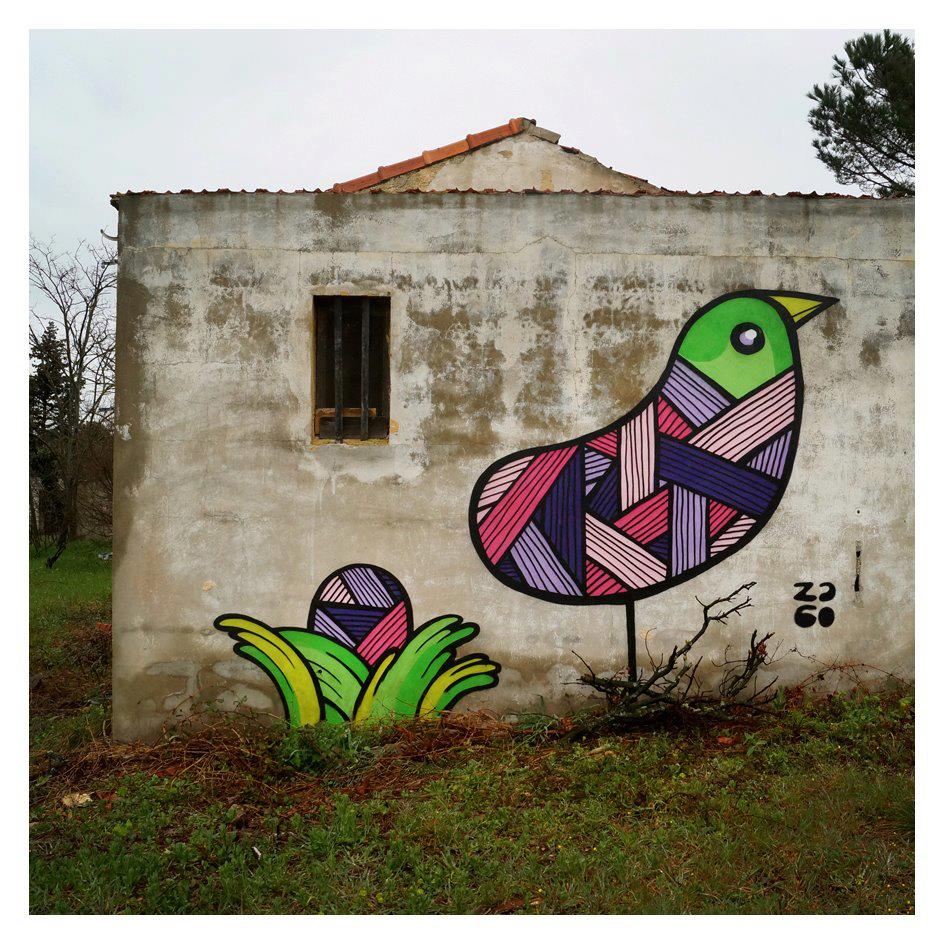 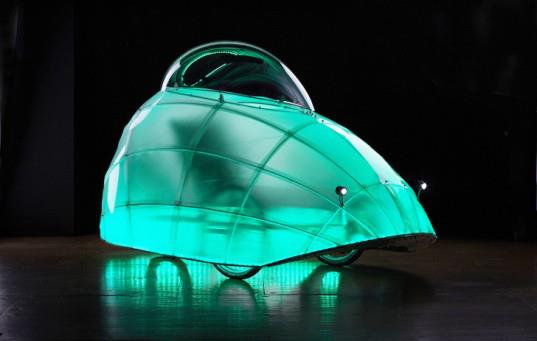 Design Magazine Cool Hunting Italiano features this cute design. They forgot to mention the designer and credits (I keep saying it: don't forget the credits kids!), but a quick search gave me this:
" A unique multipurpose holder, inspired by the world of art toys and minimalist design." By Leo and Angie Fajardo, West Palm Beach.
I'm giving you the website that did not forget the credits:
http://www.kickstarter.com/projects/trinkits/grabit-robot-multipurpose-holder 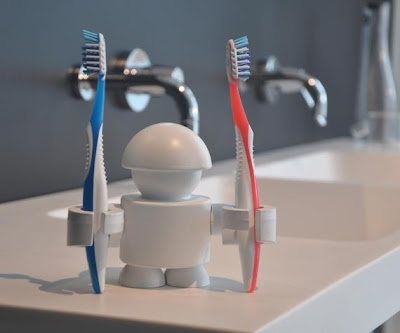 For the everlasting Love for Balloons!

Now THIS is a marvellous example of a very very good combination of art installation and its 'environment', which is an art in itself...really..... 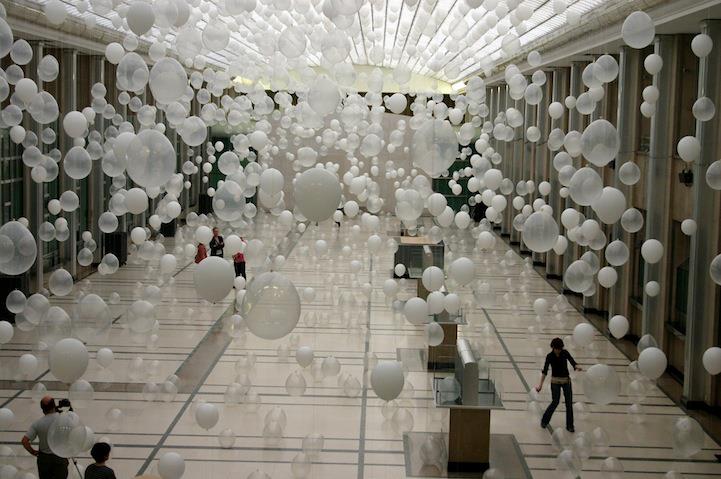 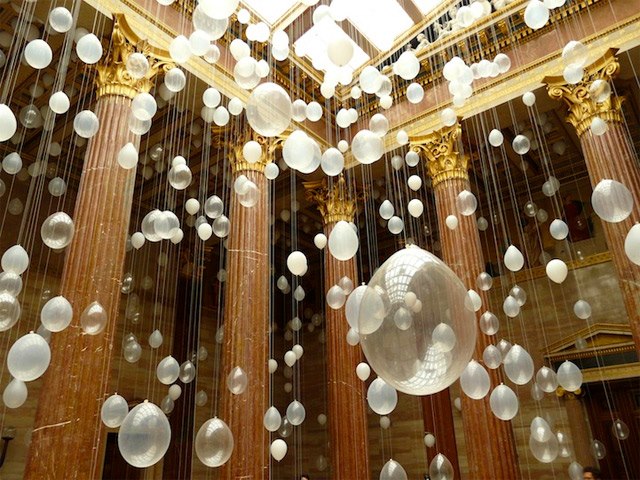 Lovely photography by Lauren Treece - We Are Void ~ Art Gallery Amsterdam, The Netherlands 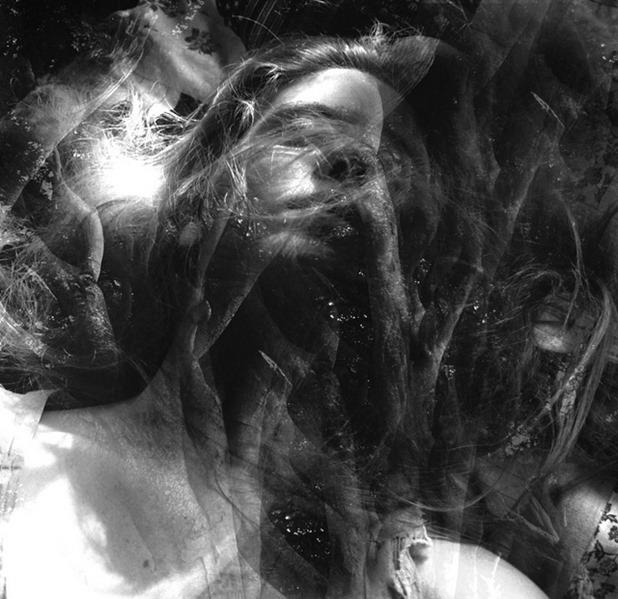 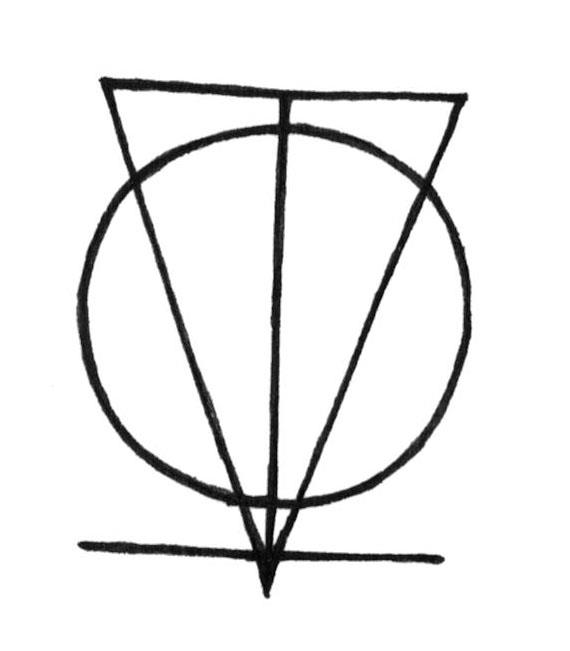 This photo is so like 'My Mood for Today', posted via FB by We Are Void, I'm attaching their nice logo here on the side. This photography set only received this credit: Lauren Treece, so I'm afraid not so much info...but the visual speaks to itself anyway...so there you go. We Are Void is an art gallery by the way, in lovely Amsterdam, The Netherlands!
Geplaatst door Cindrea Limburg op Thursday, March 21, 2013
Email ThisBlogThis!Share to TwitterShare to FacebookShare to Pinterest

Art that shows you how to Break Through

Seen in Stylepark magazine, very awesome! Quting: "A gigantic synthetic crystal explodes through the gallery floors at the School 33 Art Center in Baltimore. Jonathan Latiano created the installation Points of Contention. The artist deals with the topic of pollution by plastic waste. via http://bit.ly/Ug7sUb" 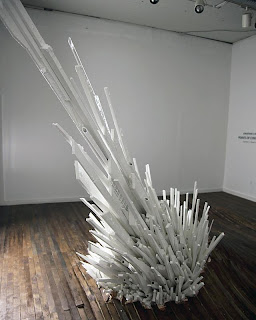 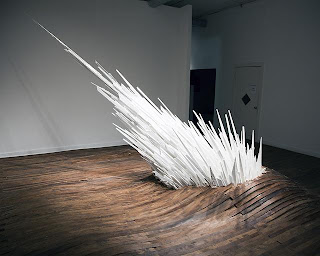 When Fashion steals my Eye....

...it always has to work really, really work hard, because normally fashion design simply very very hardly ever leaves a lasting impression within me, but when it catches my breath....I know exctasy in adoration is taking over and this is so super rare, that I have to share...
Style.com just published this photo online
Photo: Alessandro Garofalo / InDigitalteam 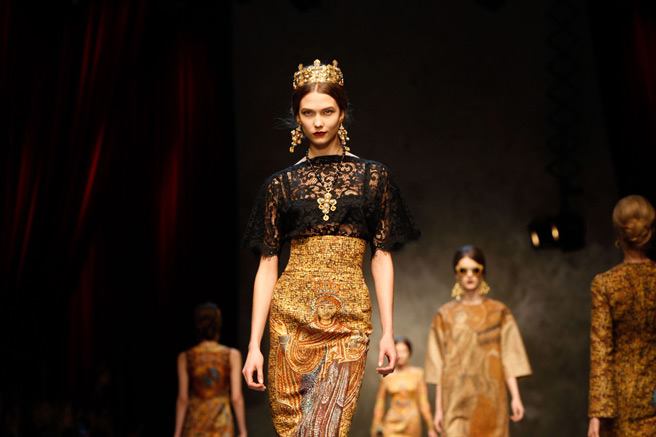 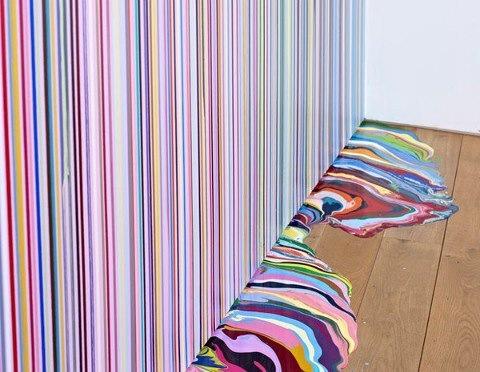 Well this one will surely hit the summer hip and design magazines. Very cool sun lounge concept by Axthor. Designblock/Very Designers.com writes:
"Since the end of 2010, Axthor outdoor furniture has developed three collections of products each one with high potential to suit the needs and tastes of the market. Designersblock are proud to be presenting Axthor’s new range: “ikki” in Zona Tortona for the 2013 edition of the Milano Fuori Saloni."
It's so NEW I can't even find downloadable visuals, what about that!
http://www.verydesignersblock.com/2013/03/13/designersblock-presents-to-you-axthor-for-db-milano-2013/ikki_6/
Geplaatst door Cindrea Limburg op Thursday, March 14, 2013
Email ThisBlogThis!Share to TwitterShare to FacebookShare to Pinterest

TEFAF Maastricht introduces rising stars in Art Business, symposium this coming Friday, March 15th. This is their stunning promo picture!
"Most HNWIs (high net worth individuals) live in the USA, Japan and Germany and account for a 53% share of the global art market. At the TEFAF Art Symposium on Friday, March 15th, you will learn more about what influences and motivates them when they buy art, and shifts in their numbers around the world. Register now at www.tefafartnews.com." 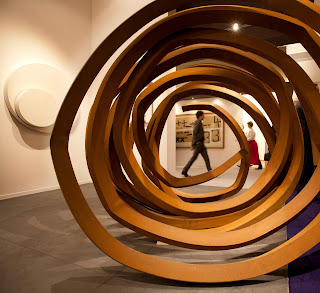 ...give you this image on this day..we all know this is Kate...this magazine NSMBL is talking about Kate renaming herself...a bit of bla bla if you ask me, but this photo....this photo is so...Alluring...so that's what I am sharing on International Women's Day...sooo....!
NSBML: http://www.nsmbl.nl/kate-winslet-heet-voortaan-kate-rocknroll 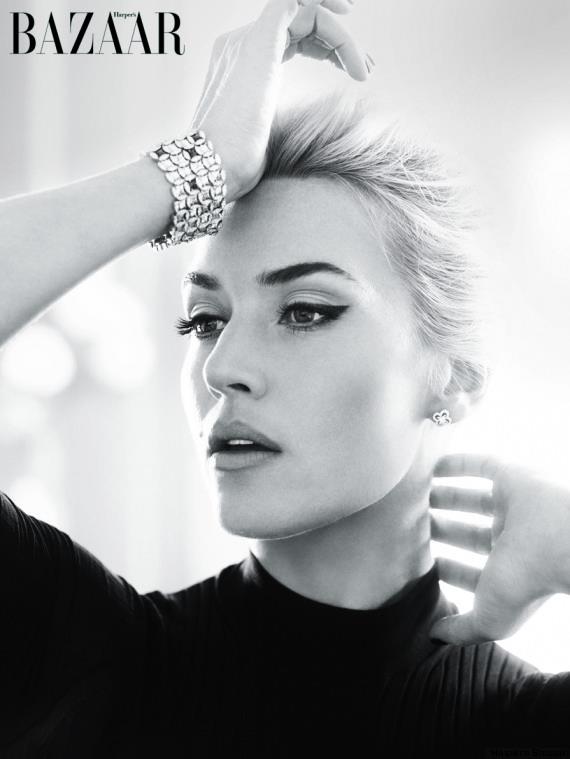 Dezeen magazine reports a very interesting and I must say rather bold move made by Dutch Collective Droog - I like it. I mean, it's a common move right...to copycat...so why not turn the moves around....bold we are as a human being!
Quoting: "Dutch design collective Droog will turn the notion of piracy in China on its head by unveiling its own copies of Chinese objects in a Guangzhou shopping centre next week.
While Chinese companies and the government strive to shed their copycat reputation, The New Original project suggests that the process of imitation can be more than mere replication when small adaptations are made to the knock-off goods, potentially driving innovation.
Exhibited items will include a traditional Chinese tea pot with a more robust handle and an inverted Chinese restaurant where a fish tank contains the dining area. " Want to read more:
http://www.dezeen.com/2013/03/06/droog-copies-china/ 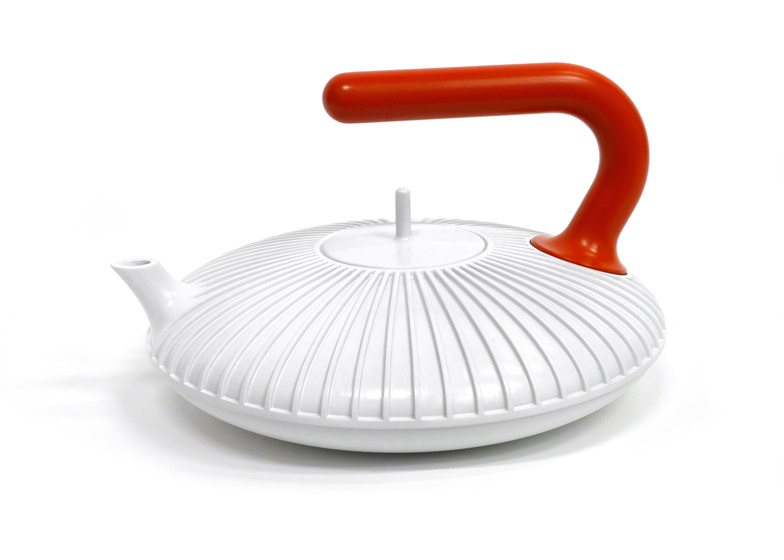 For the Love of the Category Wicked Art! 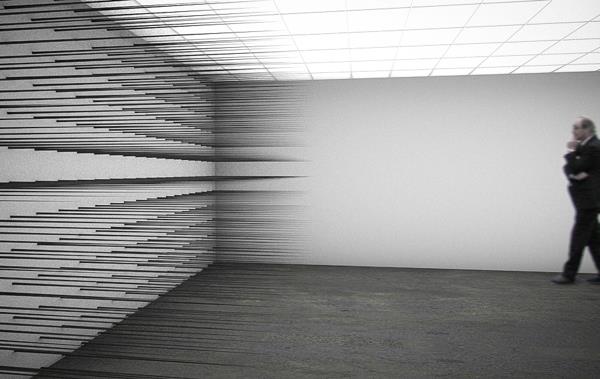 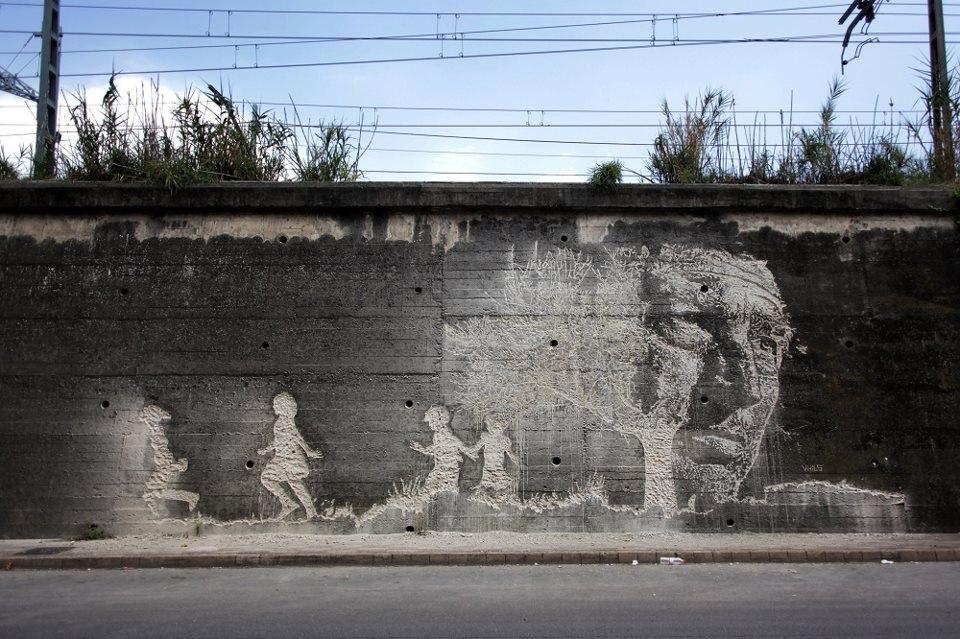